College Loosh was pretty short-lived, as she fell short in both the money and decision-making departments, which gave way in just 2 years to Full-Time Work Loosh. She trained as a waitress in a failing restaurant chain that quickly went bankrupt, and ended up in bed with her manager the night they shut down for good. She learned that older guys aren't necessarily more mature and was fine when he ghosted on her, even though he couldn't even bother to return her DVD's. She withdrew from her generic science courses and took Philosophy (where she first learned about animal rights and became a vegetarian), Linguistics, and Anthropology, which she found fascinating. She worked her way up to manager at the South Side Outback Steakhouse, and worked full time as a day camp counsellor in the summers: running every themed camp from Harry Potter to Nature Skills. She fell for a different older guy, backpacked through Venezuela, moved to Vancouver, and took up dance again. Favorite things: Bloody Mary's, bob haircuts, custom mix CD's, the Tragically Hip, and books. 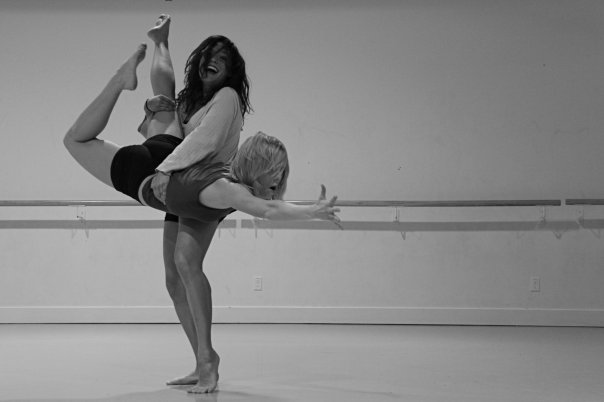 Vancouver held a foray in the contemporary dance scene, new dance friends, and the slow adoption of improv dance from the ground up. VanCity Loosh got her first commercial and film auditions, and nailed a two day Cirque Du Soleil audition that never went anywhere but helped her immensely to actually believe in herself and keep going. She paid the exorbitant rent by bagging groceries and bartending all over town. She was gifted a rusty red road bike that became her trademark--she rode it across the Burrard Bridge to work at a restaurant on Kits Beach. She rode it to the bars after her shifts. She rode it to Numero Uno Pizza and Fritz Fries, half wasted and dressed to kill at 1am, and she always made it home. She went through her first big, messy, drawn out break up and learned to navigate guilt, blame, and the horrible things hurt people say. She booked her first cruise ship and used it to completely reinvent herself--tired of dating games and making zero dollars to take contemporary dance too seriously. Favorite things: cycling & rollerblading, Stanley Park, air travel, sushi & izakaya, Passion Pit, Phoenix, reclaiming a sense of independence, and probably books.

Newly reinvented cruise ship Loosh found so much joy in a cast of diverse people from all over Canada and the US. She learned in her first week of rehearsals in Los Angeles that she didn't need to be such a d**k about being atheist and became fast friends with a really cool Mormon girl. It felt fun to learn the ins and outs of production show life, to quick change into crazy wigs and out of strappy shoes and perform burlesque-y, theater-y stuff for a geriatric audience on the high seas. She was surrounded by good cast mates, free food, and ocean views. She let her cellphone go dark, and saved up enough in an 8 month contract to pay off her college debt--only exacerbated by the cost of living in Vancouver for 3 years afterward. She also fell in love... three times. With a young Dutch cadet after a very brief fling, an eccentric Ukrainian cello player who was kind of an idiot but still broke her heart, and the lead male singer in her cast, who would come to truly change the course of her entire life. Favorite things: blogging, travel, beaches, Moe's Burrito Bowls, editing cast videos in iMovie, bringing Mom on board, whiling the time away in the ship library, Vampire Weekend, Bon Iver, & Esperanza Spalding.

New York Loosh was an audition machine, a lover of falafel on the go and a Canadian kid with a lot to learn. She worked waitress gigs in several boroughs, got herself another rusty old bike (this one blue, with a basket), and held back tears almost daily as she slowly learned to sing. It took her a while to find her real friends--she hadn't yet learned to pipe up around cool theatre folk. NYC Loosh married her Texas sweetheart by a pond down a dirt road in June 2012. The ceremony was bare bones and her mom was the only one from her side who was able to attend. But it was still sweet. Married Loosh wasn't even sure if she believed in marriage, but they rushed because they just wanted to be together without worrying about her getting deported or not being able to work. They also thought being swingers would solve all their problems. These weren't Loosh's smartest or most innocent years, and her reckless behavior put a strain on old friendships and new careers. Favorite things: cooking, Broadway shows, Fort Tryon Park, cycling, Venezuelan food & vegan banh mi's, hot yoga, finding her audition groove, Game of Thrones.

Amateur Theatre Loosh eventually became Booked Loosh--and after a short tour of Sweet Charity and a couple more cruise ship stints, she booked 3 months with iLuminate in Malaysia and a year with the 42nd Street tour, all in the same week. Her next 16 months were planned. Malaysia changed Loosh in many ways that are hard to articulate. She met and collaborated with artists who would lift and open her to a more authentic, confident, happy self. She met Shane and, yeah, her heart kind of exploded. It was extremely messy before it became extremely beautiful and yes, it involved Separated/Divorced Loosh. But something happened during those years of pain and confusion and unexpected love...she started to actually self reflect. She sat with her complicated feelings of shame, resentment, and self-sabotage. On tour, she kept mostly to herself, quietly journalling and just enjoying all the sequins and standing ovations and getting to tap again. She did a lot more listening than she was used to. She tried to stay healthy and out of gossip. She made real, lasting friends who would round out her New York tribe, and she naturally slid into gratitude for it all, including the mess and the pain she helped create. It was an oddly important time for clarity and self-realization. Favorite things: finding healthy eateries in towns across the US, Roti Canai, books, hotel pillows, hikes, yoga, cabarets, driving, solo tripping in Guatemala, Happiness Club, Mt. Rushmore, freewheeling visits to Los Angeles, and freestyling. 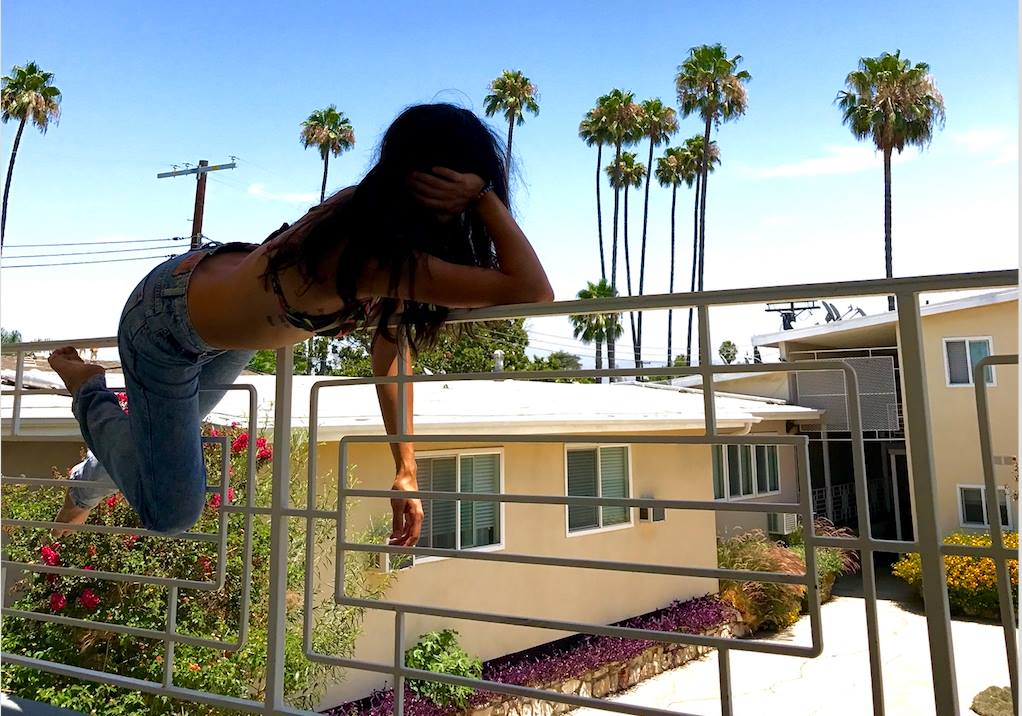 42nd Street Tour made way for a couple of Off Broadway stints and more tours in Saudi Arabia, Kuwait, and stateside. Touring Loosh became LA Loosh--the Loosh who currently types this (it's coincidentally her 90th blog post in 90 days :O). LA Loosh is supported by some of the most incredible people in the world. Actors, dancers, filmmakers and musicians who are down to create work for each other and also just hang out in the scene. LA Loosh takes the best care of herself out of all the Loosh's, and definitely believes in herself more than any versions since high school. LA Loosh is a lot less handcuffed to chance and a lot more intentionally bouncing between self improvement and gratitude. She's quirkier, more boyish but still loves a good pair of heels. She feels emotions differently, processes the world with a different heart. She spends a lot less time judging people; she understands that we often don't have a clue what kind of weird shit people have been through to get to the current version of themselves. She is overwhelmed by how much the world has changed, but with very little effort seems to find true belief in humanity everywhere she turns. She finds a quiet joy in smaller things, and doesn't mind a good, regular cry. She's in deep, nerd-smile, love with her boyfriend who knows all her old versions and is extremely kind and patient and sweet with all of them, while always championing the version she wants to become. Favorite things: cooking, the beach, singing in the car, houseplants, solo movie dates, meeting new people, travel, hot sauce, Planet Earth, writing, and books.

One Last Note, at Midnight:

I wasn't sure how I felt at the start of this 'Loosh Recap', but as I add the last photos and hit publish, I feel cathartic, and kind of brave. In typing it out, I process it anew.

Thanks for being here for me--no matter which version of me you know best.

Some Kind of Truth