My father's likeness is definitely in there somewhere...

We both have round noses,

We wear mostly the clothes we've been given:

He had a pair of magenta Converse.

Mine, streaked with rainbow lasers.

I used to try his on my kid feet when I found them on the front porch.

They were the floppiest, most ridiculous things I'd ever seen.

But when he wore them,

And left for 'work',

We both tend to avoid 'regular' jobs,

Both dropped out of college,

Both prefer a hot day at the beach to...anything.

My father gave me a copper glow,

Eyelashes I have to curl myself,

But it's my mother

Who greets me in the mirror.

We speak each other's words,

I have my mother's wrists and fingers,

I use her overlong arms

We are shaped the same

From ankle to elbow.

Sometimes I wake up

In the middle of the night, in Los Angeles,

Kick off my socks, curl into my flat pillow,

And wonder if we were perfectly synchronized

Where my father withdrew,

My mother leaned in.

From her I inherit depths of patience

She is not a performer like Dad and I,

But she created gift after gift

Fresh almond milk before it was ever boxed and branded,

Backed up in the freezer for months.

Jars and jars of salsa

From boxes and boxes of season-ripe tomatoes.

In the dependable minivan to dance class.

Costume concepts we would remember forever.

Not to woo an audience,

Not for likes and follows,

Certainly not for pay.

I have my mother's resilience,

A little at a time.

I'm embracing the heart she gave me,

Becoming who I'm meant to be. 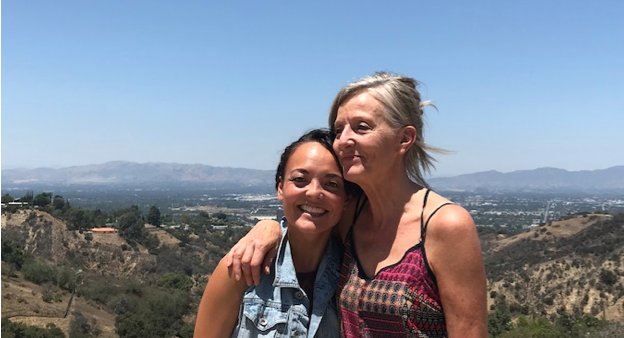 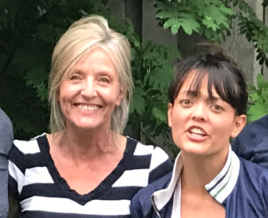