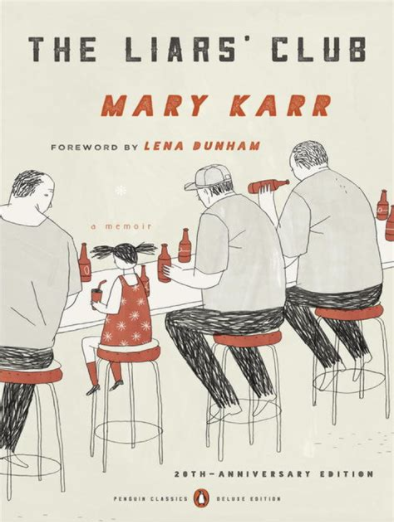 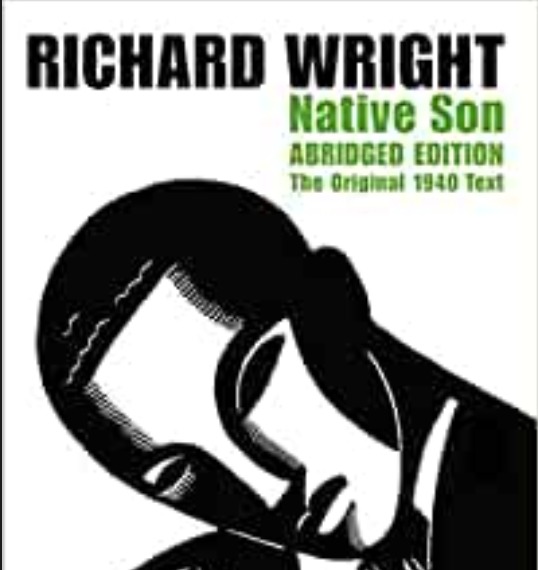 In the parking lot of the Woodland Hills Library, I roll down my car window to let in the breeze while I polish off the final pages of Mary Karr's first memoir: 'The Liar's Club'. I'm here with a phone-dialed appointment to pick up Richard Wright's 'Native Son', but I've decided I may as well drop off the library book that came before it, if I can finish it first. I take my time as Karr ties up loose ends and grapples with the slow decline of her father, post-stroke. I'm grateful for the filtered light of overhanging trees and a quiet space to fold up in the comfort of someone else's story. This book leaves me undeniably changed. My writing style and reverence for childhood perspective have all shifted with the slow digestion of Mary Marlene's poetic East Texas upbringing. The obstacles grappled with give me pause--I am thankful to live in Los Angeles in 2020 and not have to worry about nosy Southern neighbors, swarms of locusts or attic snakes, but I am also waxing nostalgic for the simplicity of life in the muggy outdoors, before iPads and Minecraft and promotional emails.

I stroll up to the library entrance where a holding table is placed. A stout security guard in a medical mask steps through the sliding glass and asks for the name my hold is under.

"Daisog, D-A-I..." he's heard enough and ducks inside to look for a bag with my name on it. Hundreds of grocery-size paper bags with sharpie'd names on them sit in rows on fold out tables on either side of the library entrance. No one is allowed in the building, but holds on specific books are allowed to be placed and picked up by making an appointment over the phone. This man is not much like the kind elderly lady I spoke to yesterday on the phone:

"Now, feel free to come a little before or a little after your appointment time. We just do this so we don't get too bombarded with people at any given time. Now, you have a great day."

This guy seems more like a contracted security guard, recruited to cover the librarian's lunch break, then an actual employee of the glass walled library.

The man retrieves my bag, practically empty save for one little book, and plops it down on the holding table outside the entrance.

"Lucia." I say it the way it's always been said since I was born over three decades ago. I say the name of my Filipino grandmother in the pronunciation of Canadian English. I say the root of my most widely used nickname: 'Loosh'.

His head cocks sidways. "Lu-CI-a?" In perfect Latin American Spanish, he half-corrects, half-questions my own name, as if cracking an important criminal case. His eyes actually meet with mine: chestnut brown irises bore into my own green-orange-hazel beads.

What do you say to someone who insists on pronouncing your name some other way? Not just jovially or with curiosity, but as if the pronunciation first chosen was an affront to some cultural purity...? Well if you're a mixed race Anglophone who isn't trying to make waves, you don't say much.

I do what I always do...laugh genuinely and empathize, as if he's done it. He's cracked the code. I've heard it all before, from Spanish speakers, Italians, and opera aficionados. I don't feel attached enough to insist my name land a certain way on the ear, and I like for people to call me what they feel comfortable calling me. I answer to so many names other than the one I was given officially, and I know 'Lu-ci-a' is basically the Spanish equivalent of 'Lucy'.

I got you, pal. Look, if it's important to you, than Loo-see-yah it is.

He warily hands me the paper bag, perhaps still suspicious that I don't know how to say my own name, or I've stolen the identity of some more fluent Spanish speaker. I think we both realize in that moment that it's just a library book, and then I'm traipsing back to the car, where I will google the closest Poké bowl establishment to take advantage of while I'm out of the house.

I wasn't really given the option to identify so strongly with the 'rights' and 'wrongs' of culture and language. I used to try, until I realized English is basically a hodge podge of both fresh and outdated influence, full of contradictions and inefficient rules, made 'proper' by proximity to the established monarchy--a royal family that has no political power anymore, just a pile of old money and the reverence (and obsession) of its loyal kingdom. There are thousands of versions of English, and no matter what version you choose as the 'correct' one, you're never going to get anyone to conform to it. We speak the way we speak, and if you understand us, then the language has served its purpose. And we are always finding clever ways to help that understanding--new phrases and pronunciations and portmanteaus.

Language is more playful than proper. More personal than prescribed.

The incident at the library is just a tiny version of the world's need for organized 'right and wrong' over compassion for the individuals in front of us. What is the disadvantage of treating every new person who crosses your path with a little open dignity? You don't have to submit to anyone's life story and ethical code upon face to face meeting. But taking 3 seconds to acknowledge that they are allowed to be different from you because no two life experiences are the same... there's really only upsides to this approach. You create more organic empathy that will come in handy later on. You find alternative approaches to problems--approaches that can assist or replace your existing cultural paradigm and make your life easier.... let me use my personal experience to illustrate this:

I come from rural Alberta, Canada. I understand the importance of hard work and perseverance (in the dead of an Alberta winter, you have to persevere just to start your car in -40deg. windchill and drive to school over packed snow and black ice). I understand humility, and grunt work, and how to revere and navigate the earth's vast wilderness. I know a few tricks to regulate my own body temperature in frigid climates and I have no trouble surviving sticky hot summers with no AC. I like loud music, and hockey jerseys, and the endless flow of beer. I like getting good grades and vacationing in the mountains and being polite.

I like so much about my homeland and all the ways it has set me up for success. But Alberta mindset makes up just a percentage of what's great about me.

I moved to 3 major cities to expand my concept of contemporary and commercial dance. I widened my food and art palates by touring, trying new things, and keeping more diverse company. I pounded the pavement in sprawling cities, witnessed the paradox of popular culture in extremist parts of the Middle East, shipped out to sea with characters from all over the globe, tore and rebuilt my audition muscle over years of practice, fell in love in a Malaysian jungle resort, and learned to accept and help myself. I pet a sleeping cat in a Thai Buddhist temple up hundreds of stone steps. I learned a new kind of quiet respect and discipline in Tokyo, and a new kind of casual public high in Amsterdam. I got really good at long distance romance (25 total months of it over the course of my relationship just with Shane) and then got really good at no-distance quarantine romance (a whole other challenge). I budgeted and scraped and saved in several currencies. I failed at so many things in so many places, but I had to, to figure out where my long term strengths and goals truly lie.

The point is: we are not defined entirely by our upbringing, our genetics, or our dominant identifying culture. There is something to learn and absorb in every place we travel, every book we read and film we watch, and every interaction we have with a stranger or lesser known acquaintance. Instead of assuming you know all the right ways--why not be open to something new? Why not give empathizing the old college try? Why not try to see what mindfulness has to offer you?

All this good rumination from a single interaction with a library security guard.

Some Kind of Truth